Insurance for Courier and Toy Manufacturer

I had an unexpected enquiry the other day. The phone number wasn’t a local one and it turned out the chap was from the North Pole. He was a jolly chap though so I carried on chatting to find out how I could help.

He’s got a couple of businesses and wanted someone to review all of his insurances right before his busy period.

His first requirement was for his Courier business. This element of the business is particularly seasonal – he only delivers on one night of the year!

First of all we talked about Goods in Transit cover and I asked him about geographical limits. After all, restricting cover to the UK would be no good as he is based outside of the UK. I also found out he delivers worldwide.

I moved on to talking about his vehicle insurance with some trepidation. Clearly the lower premiums are only available to those with a clean driving licence and no claims. But this chap must go some speed to cover the world in one night.

As I was expecting to be quoting on one of the specialist Courier policies I have access to, I was surprised to find that what he actually needed was some Livestock cover, as he uses a fleet of Reindeer. In addition he would need cover for the Sleigh he uses.

I also found out that the Reindeer fly. So I’ve tasked my Lloyd’s of London broker with covering the risks when they’re airborne.

My other concern was to do with what sorts of goods he was carrying. Thankfully, it turns out he works from a list which he checks twice – great risk management – so he knows exactly what he’s got on board.

In addition, all of the goods he carries are produced by his other business. So we moved onto talking about that.

It’s a Toy Manufacturing business so my first concern was Products Liability. It was all good news though as Nick knows exactly how and where his toys have been produced. They’re made in his factory.

Everything else after that was fairly simple. I made sure to include a Seasonal Stock Increase as his peak period can be pinned down to the winter months at the end of each year.

We also talked about Business Interruption. He’s got a lot of nice customers – no naughty ones – who expect him to have delivered before they wake up on 25th December. We concentrated our discussion on Additional Increased Costs of Working. This way, if the worst were to happen, he’d have some funds to find some temporary premises and pay his guys overtime.

One other thing we had to cover off was Employers’ Liability. I knew to include that for his factory staff – he calls them Elves – but I also established he needed cover for Labour-only Sub Contractors. He’s got a band of guys – mostly chubby chaps with white beards like him – who represent him around the world. After all, he can’t be in lots of different places at one time, but his USP is that he likes to personally collect as many of the toy requests as possible face-to-face.

I really understood where he was coming from as that’s how I like to operate and I was hoping to report back to him in person myself, despite the North Pole being a bit of a trek. Thankfully, he said he’d drop in and collect the paperwork himself as he will be in the area on Christmas Eve anyway. I just need to leave it all in front of the fireplace. I’ll leave him a drink, some Mince Pies and a few Carrots as well. It’s all part of the service.

Townley Insurance Brokers Ltd is authorised and regulated by the Financial Conduct Authority (FCA) under firm reference number 780572. You may check this on the Financial Services Register by visiting the FCA website www.fca.gov.uk/register or by contacting the FCA on 0800 111 676 Registered office: 4 Wood Street, Taunton, Somerset, TA1 1UN. Company registration number 08763799 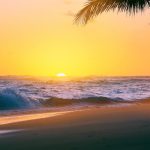 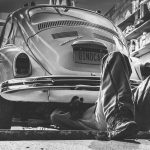 Insurance in Redditch, Bromsgrove and the rest of WorcestershireUncategorized